On 3rd March the Chancellor Rishi Sunak delivered the 2021  Budget. 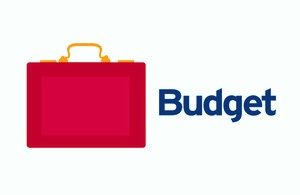 12 months ago when he delivered his first budget the Coronavirus pandemic had just started but none of us could have imagined the scale of the COVID-19 crisis that lay ahead. The Chancellor’s Budget for recovery focused on continuing and enhancing economic support with initiatives and tax incentives to rebuild the economy and make it more productive and pro-growth.

Both the Coronavirus Job Retention Scheme (CJRS) and the Self-employment Income Support Scheme (SEISS) have been extended until 30 September 2021.

The Chancellor also announced a three-month extension of the business rates holiday from 1 April 2021 to 30 June 2021. Thereafter, for the remainder of 2021/22 (ie, nine months) businesses will enjoy 66% rates relief up to a cap of £2m per business.

Corporation tax is due to increase to 25% from 1 April 2023.  A small profits tax rate of 19% will be reintroduced, but at a lower level of £50,000 of profits with the corporation tax rate tapering back up to 25% for profits of £250,000.  This will leave 70 percent of companies paying corporation tax at the lower level.

In a major announcement aimed at improving growth and productivity, the Chancellor announced a two year ‘super deduction’ of 130% of investment by companies in plant and machinery.

For the tax year ended 5 April 2022, the Personal Allowance and Basic Rate Band increases had already been announced, and as these increases were already coded into payroll systems it would have been expensive to change. So, as expected, the Chancellor confirmed these would increase to £12,570 and £37,700 respectively. But he also announced a freeze until 2025/26 to thresholds and allowances for income tax, capital gains tax, inheritance tax and the pension annual allowance, which is beyond the life of the current parliament.

While this policy decision will not reduce after-tax income, the Chancellor made clear that over the five year period this freeze will raise revenue by pushing more and more people into the higher rate tax brackets as their earnings and other income increase.

The Chancellor also took the opportunity to freeze the VAT registration threshold to 2023/24.

The temporary 5% VAT rate, which applies to tourism and the hospitality industry, has been extended to 30 September 2021 and there will then be a 12.5% rate for the next six months before the rate reverts back to 20% from 1 April 2022.

It was confirmed that the previously announced extension of MTD for VAT will go ahead for all VAT registered businesses from April 2022.

This extension for SDLT covers only residential property in England and Northern Ireland. However, the Welsh Revenue Authority has also announced that the temporary increase in the land transaction tax (LTT) nil rate band threshold for residential property to £250,000 would continue beyond 31 March 2021 until 30 June 2021, before returning to its normal level of £180,000 from 1 July 2021. The Scottish Budget 2021-2022 confirmed that the ceiling of the nil rate band for residential land and buildings transaction tax (LBTT) will return, as planned, from £250,000 to £145,000 for transactions with an effective date after 31 March 2021.

"Dorrells has been perfect for all of our corporate and personal accounting affairs. They have proved invaluable to us since we started working with them in 1999. Peter Lea is extremely knowledgeable, professional and explains things clearly.